The program quarantines up to 70 per cent of welfare payments to some people. It first started in the Northern Territory intervention.

NSW is the only state that has done a deal with the Commonwealth to allow compulsory income management.

The Queensland government has authorised income management on a voluntary basis only and the South Australian and Victorian governments are yet to reach an agreement with the Commonwealth.

Under the program, money can only be spent at Centrelink-approved stores for basics like food, clothing, rent and utility bills.

Only 66 shops in Bankstown are authorised to accept a BasicsCard, leaving out markets and many smaller speciality stores, such as Halal and Vietnamese stores

More than 50 groups have voiced their opposition to the IM policy that is increasingly viewed as discriminatory, punitive and top down.

Protesters will be outside Centrelink  Bankstown for the next two months if you would live to participate in the campaign. 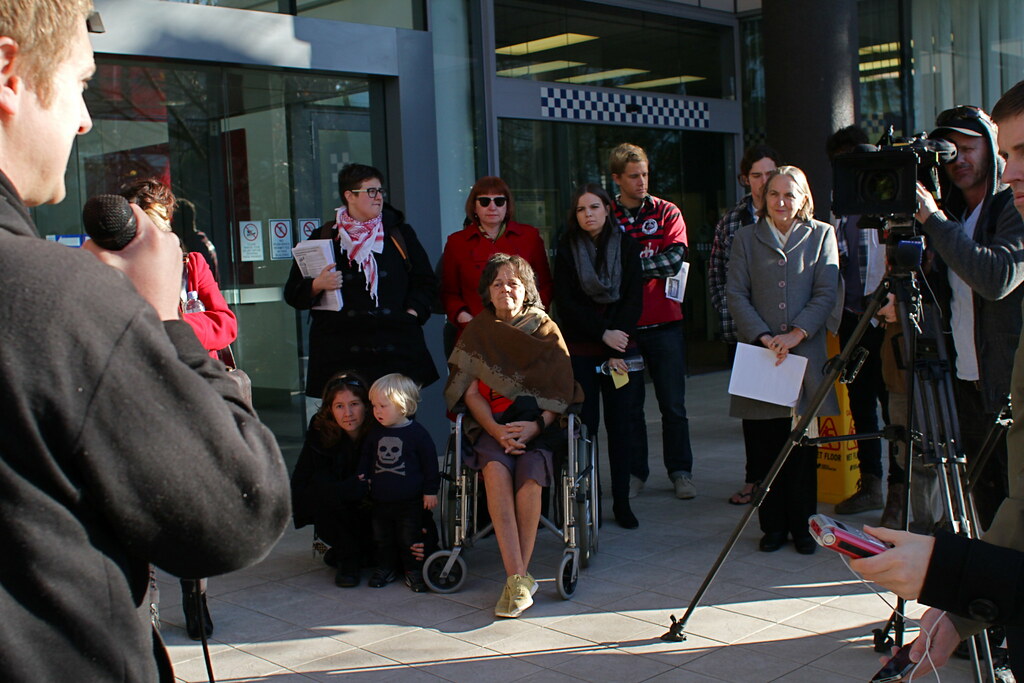 To hear Lee's speech, click on the play button below. Lee is being introduced by a committed activist - Paddy Gibson who is a senior researcher with the Jumbunna Indigenous House of Learning.