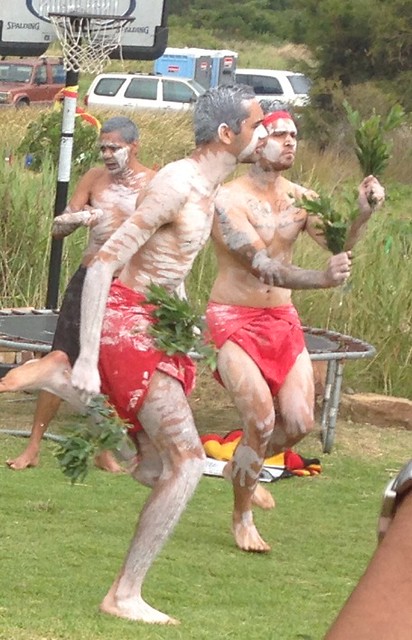 I first met one of the Tent Embassy founders, Dootch Kennedy, in 2000 when he showed me around the wetlands at the back of McCauleys Beach, a site where a  6000 year old Aboriginal skeleton was found during the 1998 floods. There are reports at http://old.sandon-point.org.au/kuradji.htm  of a number of Aboriginal skeletons being found in this area.

While much of the over development that locals fought so hard to stop went ahead there have been some significant wins along the way. In 2007 part of the foreshore was recognised http://www.sandon-point.org.au/mediacoverage/local-citizen/20070517/99.html  as significant Aboriginal land and the size of Stockland’s massive development plans has been curtailed.

This is my speech http://lee-rhiannon.greensmps.org.au/content/speeches-parliament/speech-sandon-point in the Senate about the long struggle to protect Aboriginal land and the natural environment at Sandon Point.