Greens Senator Lee Rhiannon, prominent unionists and community leaders joined a visiting delegation of exiled Sri Lankan journalists for a press conference to condemn the Coalition's push to turn back Sri Lankan asylum-seekers without due process and despite the continuing harsh treatment of Tamils, activists and journalists in Sri Lanka.

Audio recording can be found after the photo.

This press conference coincide with Bashana Abeywardane and Lokeesan Anputhurai's visit to Australia to participate in the screening this week of their documentary "Silenced Voices - Tales of Sri Lankan Journalists in Exile".

The documentary highlights the dangerous life of death threats, abductions and indefinite detention faced by media workers in Sri Lanka which hails itself as one of the most dangerous places in the world for media workers. Mr. Bashana Abeywardane, coordinator for Journalists for Democracy in Sri Lanka and Mr. Lokeesan Anputhurai, former correspondent from the war-zone for TamilNet are willing to be interviewed.

Those wishing to attend the screening of the movie or interview the journalists may call 0433 428 967. 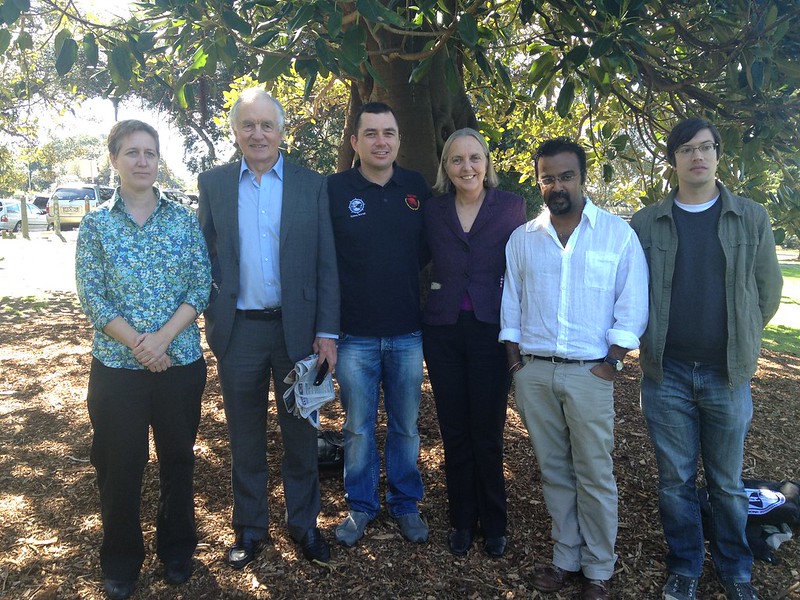