Some conservative commentators and members of other political parties would like you to believe that the NSW local government election results show a ‘decline’ of progressive politics. Certainly we would have liked a stronger vote but the facts are that the Greens remain a robust force in local government, out-polling candidates from the major parties in a number of electorates.

Like with all parties, the Greens vote goes up and down but the Greens are here to stay. ABC election analyst Antony Green has commented that Labor is focusing on the Greens vote to try divert attention from their own disappointing result. Writing in the Sydney Morning Herald, Green notes that, “What will worry Labor with Saturday’s results is that its support has slipped further [following Labor’s poor showing in the 2008 council elections] and a pattern similar to last year’s state election defeat has been revealed.”

The Greens ran candidates in 53 of the 152 local government areas. The latest estimate is that between 32-62 Greens councillors will be elected. While the Greens did not perform as strongly in this election as we did in the 2008 local elections, we remain the party of choice for voters in Leichhardt, we are toe-to-toe with Labor in Marrickville and won the mayoral race in Byron Bay. There was a strong showing in some regional councils with the Greens vote growing in Kiama, Armidale and Eurobodalla. The Greens vote also grew in some Western Sydney seats including Fairfield and Penrith. Labor lost control of Blacktown and possibly Bankstown. Despite what Labor says publicly, there is no doubt that behind closed doors the party would remain worried about the strength of the Greens.

In Sydney’s Inner West there remains a direct contest between Labor and the Greens. In Leichhardt, a long-time Labor stronghold, the Greens topped the election with a primary vote of 35.5 compared to Labor’s 30 per cent. In Marrickville, the Greens’ primary was at 32 per cent, just under Labor’s 36 per cent. The swing to Labor at 6.8% was much lower than the 11% swing to the Liberals.

Since Saturday we've conducted an analysis of the overall vote in the council elections for all parties across the Sydney region over the last three elections. The results show it is Labor that should be most concerned and that our vote remains relatively steady. The Greens vote has dropped a little, down 1.4 per cent since 2008 and is up 0.8% since 2004. In stark contrast Labor suffered a drop of 5.5 per cent since 2008 and 8.4 per cent since 2004. At the 2008 local elections the Greens recorded a very strong vote, in part because NSW Labor was so unpopular with voters and embroiled in a string of scandals, for example the corruption of Wollongong.

The Greens vote has bounced around since then and will no doubt continue to go up and down but we have in no way crashed. While we will carefully consider these election results they won’t distract the party from continuing to campaign passionately on the progressive issues we believe in. As Ben Eltham writes in New Matilda: “However much Labor might like to believe it, the Greens are not going away any time soon.” 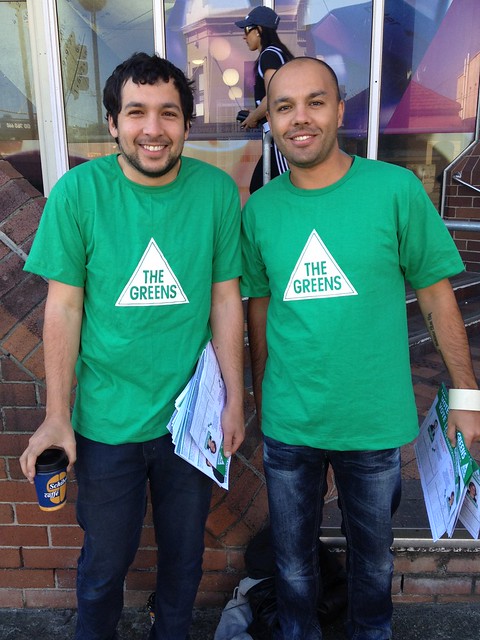