The Movement to End Poverty is bringing the call for more and better life-saving aid to Parliament - and we stand right there with them. The Greens are the only party committed to a clear timetable for 0.7% of Australia's GNI to go to overseas aid.

Christine Milne gave a phenomenal speech at their launch event, calling clearly for more and better life-saving aid, an end to Labor and Coalition aid cuts, and a transparent and effective aid program. Watch it here:

Lee Rhiannon joined NSW Ambassadors at the launch, and met with Oaktree's leaders to discuss problems in Australia's overseas aid and how to resolve them. 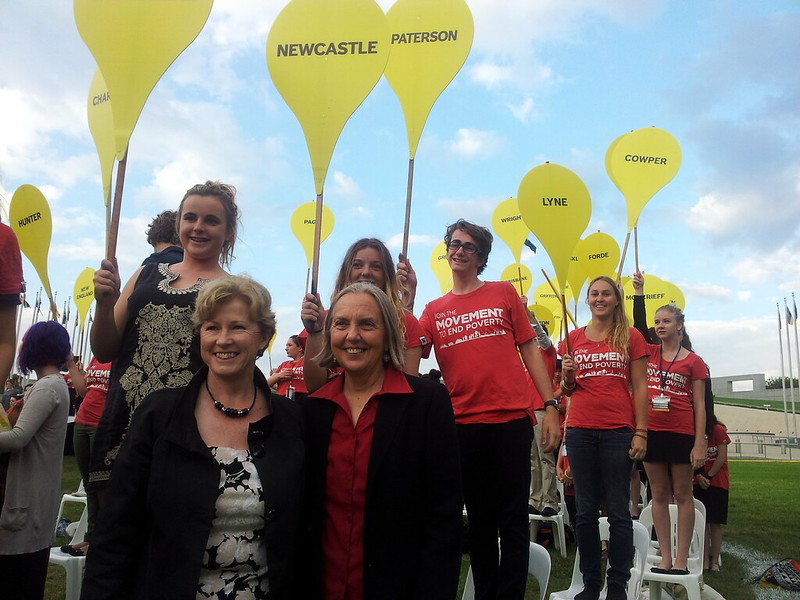 Lee spoke at Senate doors before the launch about the contribution these hundreds of young ambassadors make to our debate on aid, and about the need for Labor and the Coalition to commit to a clear timetable to raise Australia's aid contribution to 0.7% of GNI. Listen in here.

Christine and Lee rallied the crowd:

Lee moved in the Senate to protect the overseas aid budget and for the Government and Opposition to release their timetables for achieving the 0.7% target. Labor and the Coalition voted against her motion.

In Senate question time, Christine asked the Foreign Minister when he would commit to raising Australia's overseas aid to 0.7% of GNI and why he was taking $50 million from aid in the Pacific to pay for the Government's detention network. Watch her questions and his response:

More than 1000 young Australians have joined Oaktree's Roadtrip across the country, campaigning in their local areas, in marginal seats and in Parliament. Many other aid and development organisations have joined them to launch the Movement to End Poverty, a huge new campaign. You can join the Movement here.