Human rights concerns are taken up by many MPs in the federal parliament through their work on committees and membership of parliamentary friendship groups.  This week with my colleagues I had the opportunity to consider the struggles and challenges facing people in Afghanistan, Palestine and Tibet. 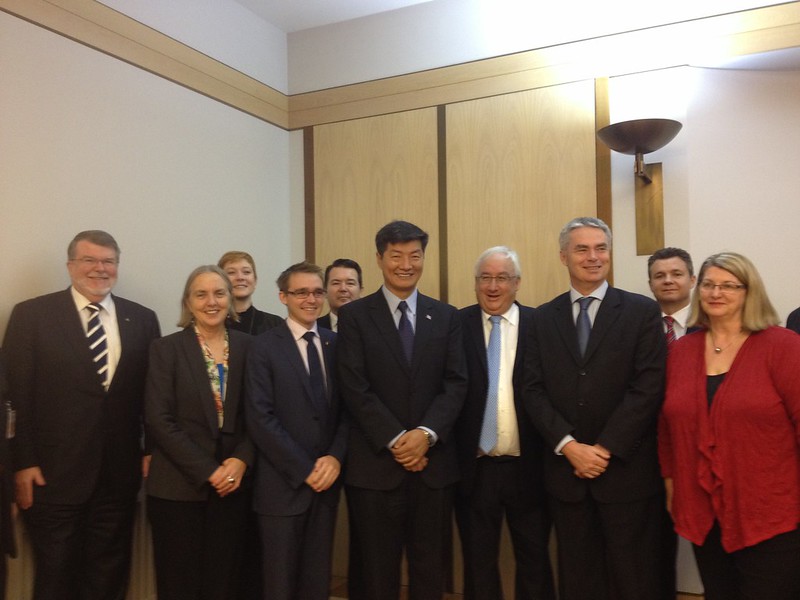 Early in the week the Australian Palestine Advocacy Network visited with various MPs and provided a series of excellent briefings that covered the impact Israeli settlements are having on Palestinian land. I spoke about these developments in parliament.

I was particularly concerned to learn that some of the Israeli settlements are encroaching on Palestinian land to such a degree that projects funded by overseas aid organisations are caught up in the demolition blitz. An AusAID funded health clinic constructed through ActionAid's local partners could be lost, along with animal shelters, water storage facilities and residential quarters all constructed with overseas aid funds.

I joined Claire Moore and other MPs to hear Jewish author Avigail Abarbanel speak about her latest book.  Avigail, a  psychotherapist now living in Scotland , grew up in Tel Aviv and served two years in the Israeli army. Her latest book Tribal Loyalties is a collection of personal stories of Jewish peace activists who have become supporters of the Palestinian struggle for self-determination.

The Prime Minister of the Tibetan government-in-exile Lobsang Sangay was also in federal parliament this week.  I belong to the All-Party Parliamentary Group for Tibet and attended a reception for Prime Minister Sangay and his Tibetan delegation, who used their time at parliament to brief MPs about the latest crack down by Chinese authorities.

And then right at the end of a long parliamentary sitting week at 2:19am on Friday morning the Senate backed my motion for an inquiry into Australia's overseas aid program in Afghanistan.   The Inquiry will be run by the Foreign Affairs Defence and Trade committee and our office will work to prepare for the inquiry over the winter break.